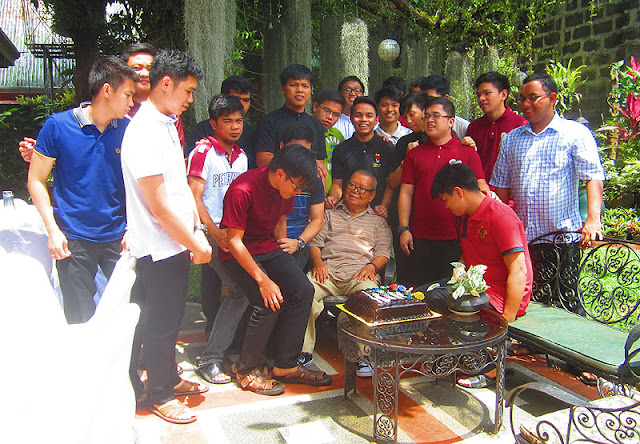 Right now I'm pretty much back to how I was before I got sick and it just feels great. The first thing I'll be doing publicly is to give a talk here at the Komikero Komiks Museum for the National Book Development Board's National Book Stop Tour. I'm glad they chose the museum as the venue of one of their stops so when they invited me to talk, I didn't hesitate. It won't be so difficult for me because it's practically next door and it's an opportunity to talk about komiks, which I love to do, but I have painfully little opportunity to do so lately. This will be on Satuday, April 8 around 2 pm or so. I really am looking forward to that.
Posted by Gerry Alanguilan at 7:38 AM No comments:

Me reading this many years from now I hope I'm making sense. It's probably cliche to say that everyday is a struggle, but it's so true for me. The thing that divides those who last and those who fall by the wayside really is will power. Sometimes even something as simple as getting up from bed. Sometimes it's something more simple, like just moving your arm can be a struggle. But you move your arm. You get up from bed. And you just keep going. Your mind has to be stronger than your body. You need to use your mind to blot out the aches and pains and weaknesses and just. keep. going. The last few months have been like this. But I feel a whole lot better now than I did last January. End of January and early February was perhaps the worst. In the middle of all that I just had to keep going.

The bigger struggle is going back to being creative. Sometimes all your effort goes into just surviving that you just have no time or energy to think of creative things. I think I've done the surviving thing so now I have to get into creating. And I think it's about time.
Posted by Gerry Alanguilan at 1:23 PM No comments: