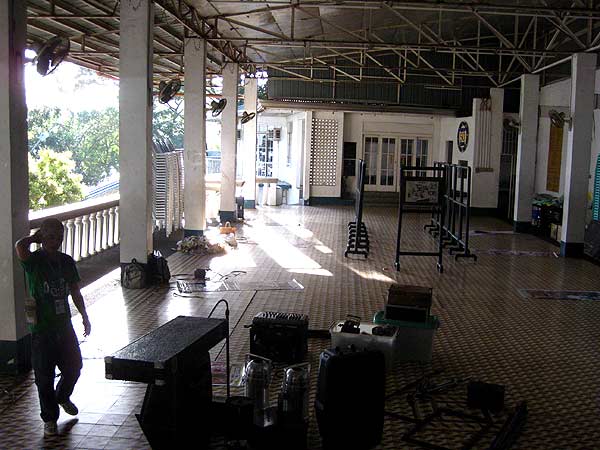 We had the venue, the Lion’s Club of San Pablo, for only ONE day. So we had planned to bring all the tables, chairs, mobile, tarpaulins, decorations, exhibits and exhibit panels early in the day before the doors opened at 10am, and pack them all up by 6:00pm.

We were at the venue at 6:30am. We planned to be there at 6 but we’re sleepy heads. The caretaker of the place was a sleepy head as well because we were knocking on the gates long before she opened it. As soon as she sleepily staggered to open the gate for us, off we went. 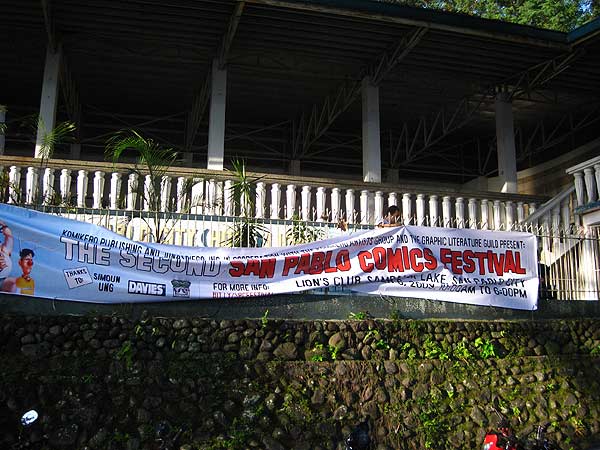 The tarpaulins and exhibit panels were courtesy of Davies Paints and the United Architects of the Philippines, San Pablo Chapter. The UAP is celebrating National Architecture Week, and they chose to co-sponsor the event. They can only sponsor an event if members of the sponsored group/event had architects in it, and there were THREE of us: myself, Ilyn and Arlan Esmeña. All of us card-carrying members of UAP San Pablo. 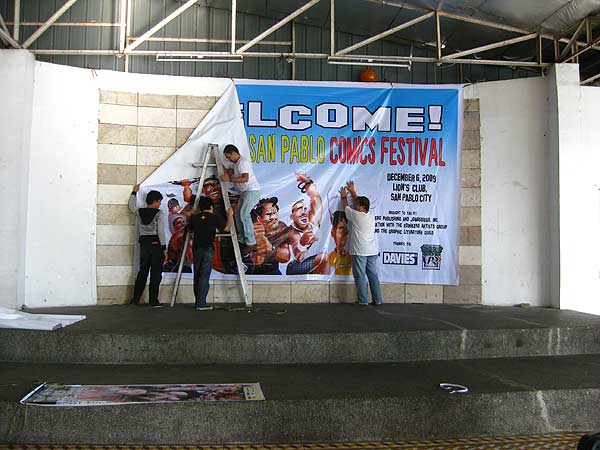 Dressing up the stage 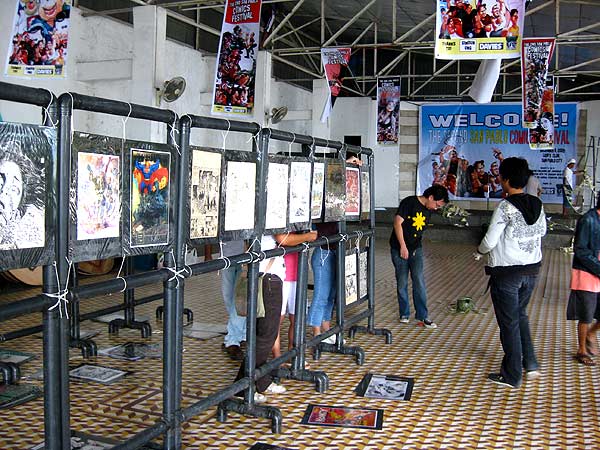 Setting up the exhibits 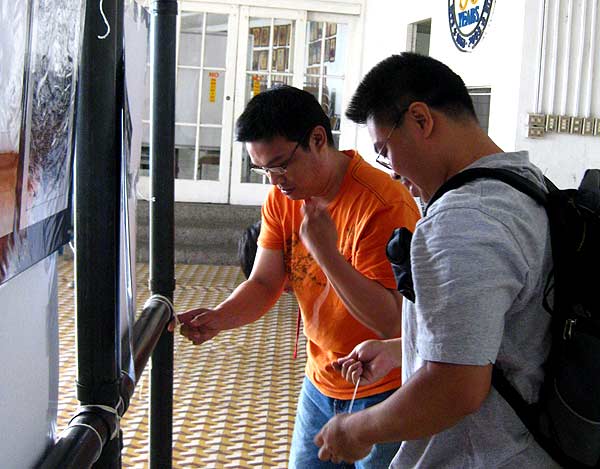 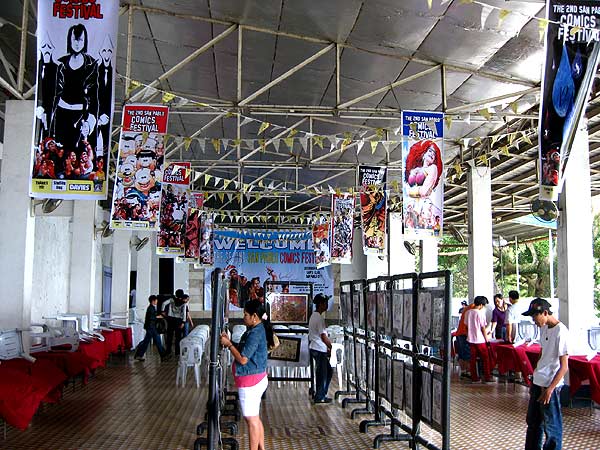 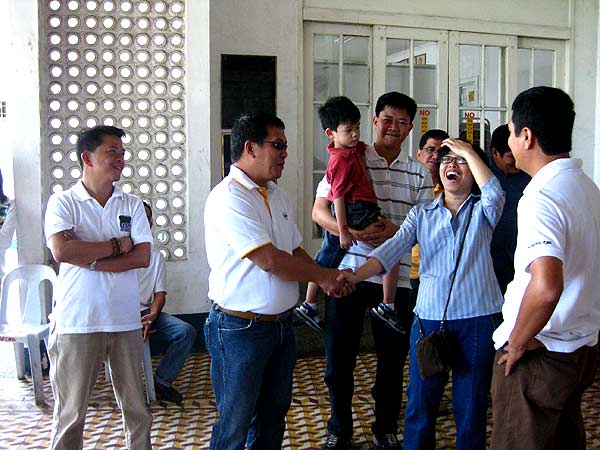 The United Architects of the Philippines, San Pablo Chapter 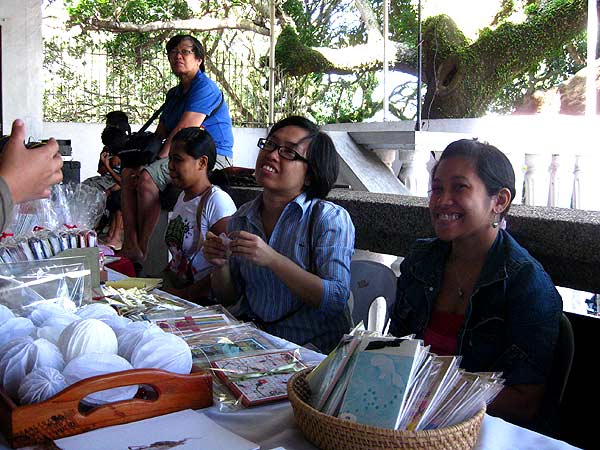 Ilyn at the Komikero Publishing table 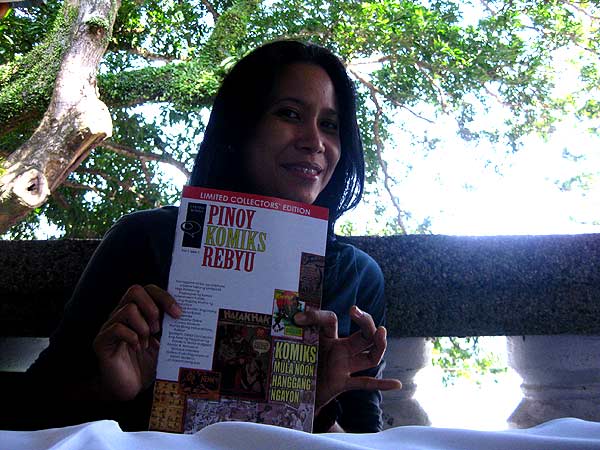 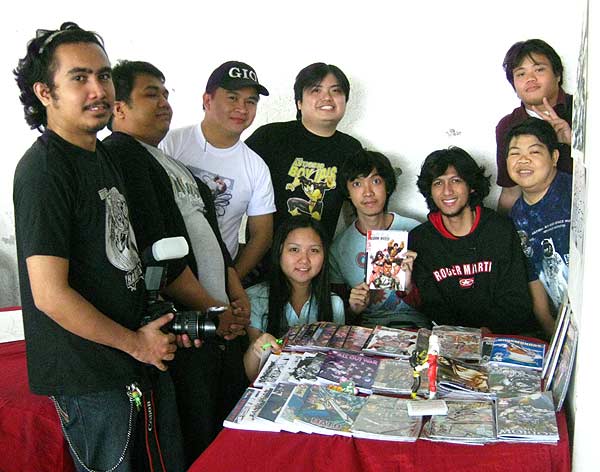 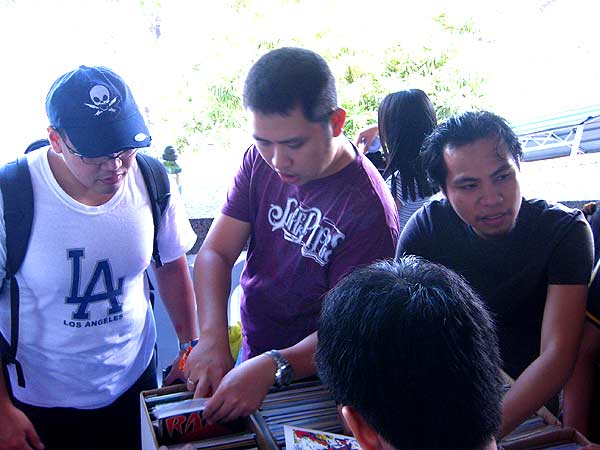 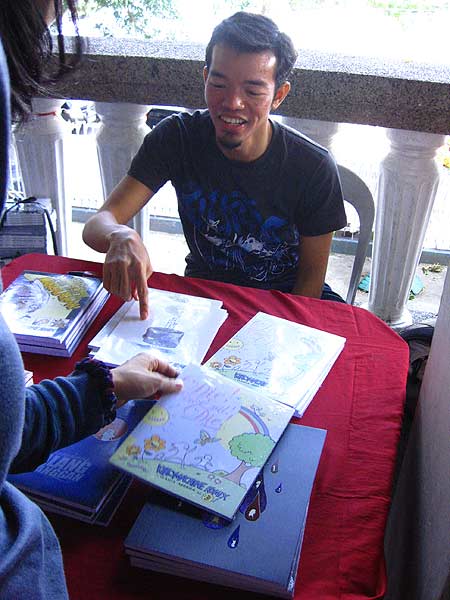 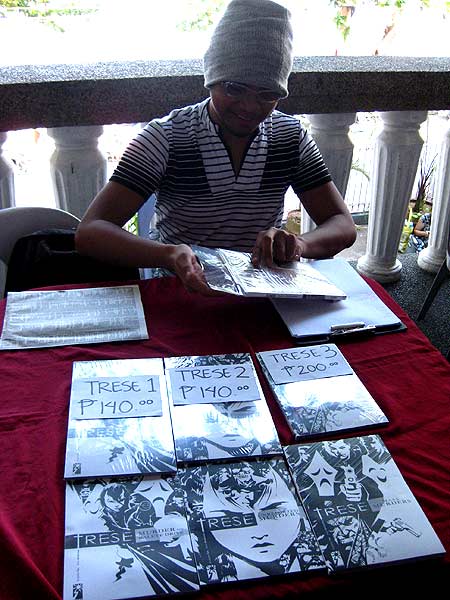 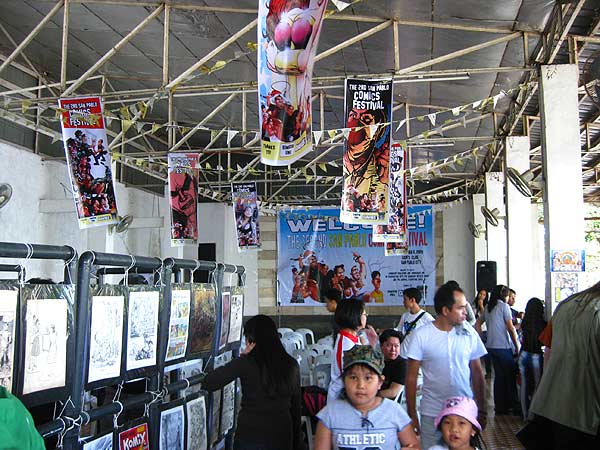 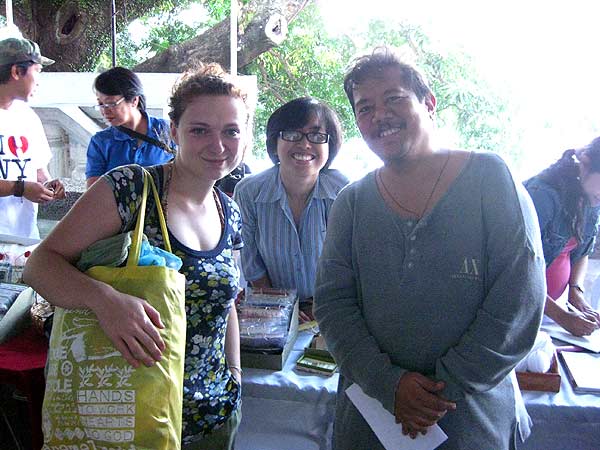 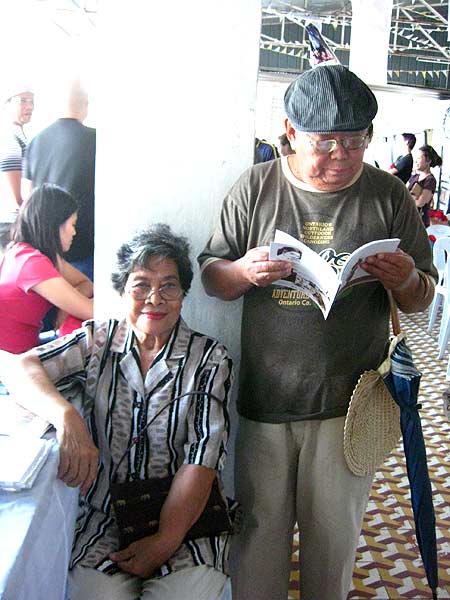 My dad browsing a copy of “Where Bold Stars Go To Die”, much to my horror. I have yet to tell them about this comic book. Well, they know now. 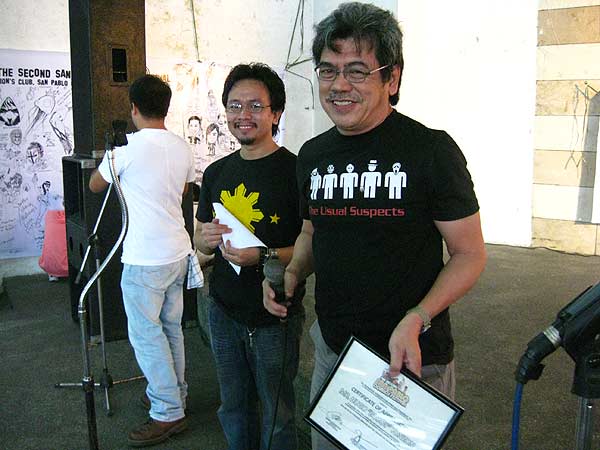 We offer our appreciation for Mr. Hugo “Boboy” Yonzon for his contribution to Philippine comics. 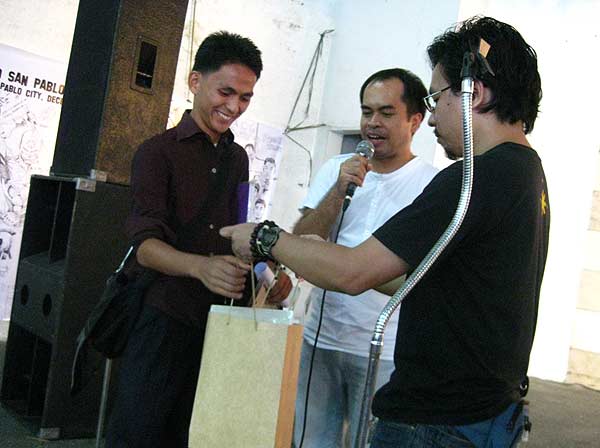 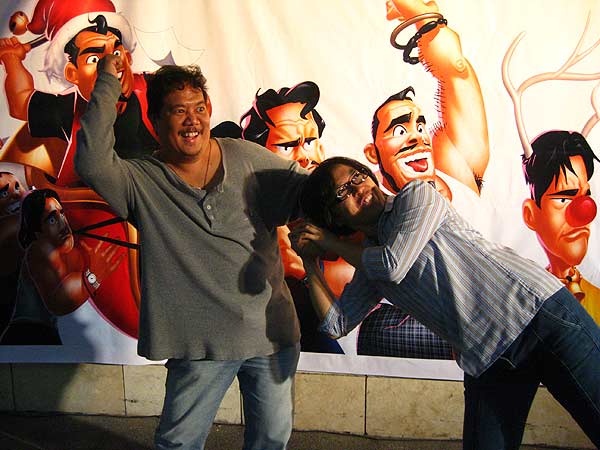 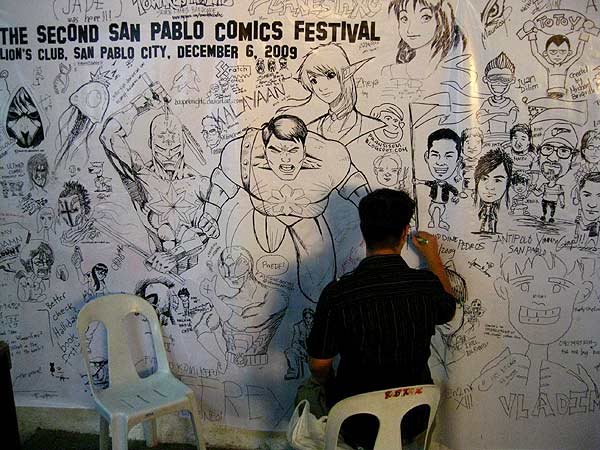 John Becaro at the Freedom Wall 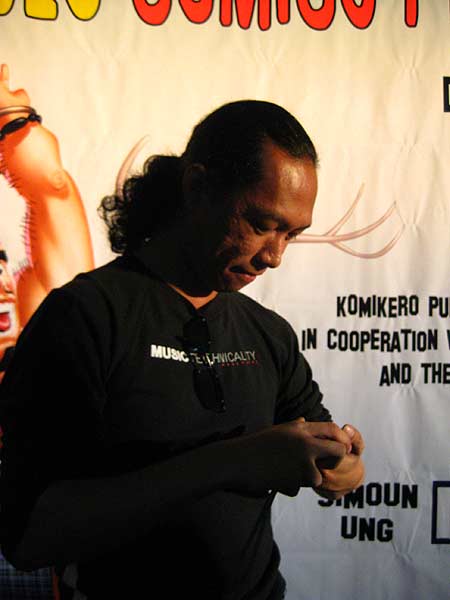 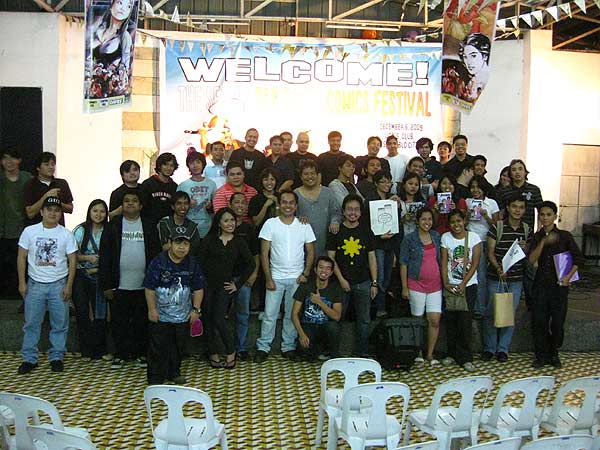 The Cast of Characters 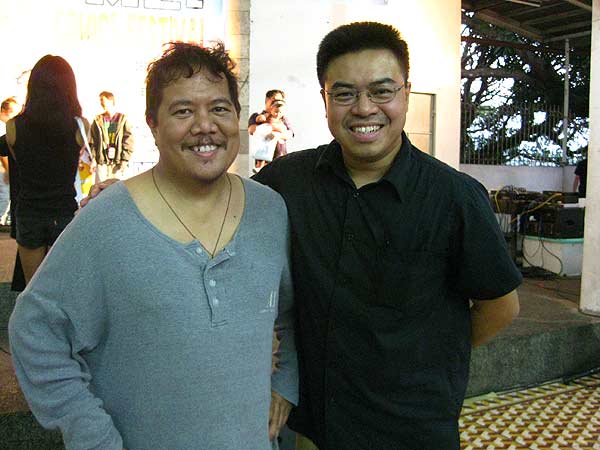 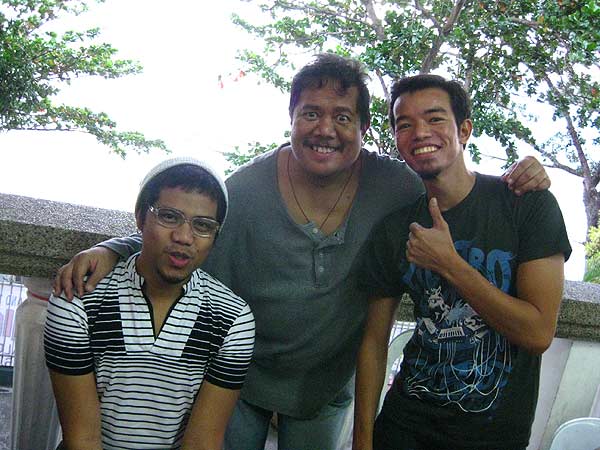 With Kajo Baldisimo and Manix Abrera 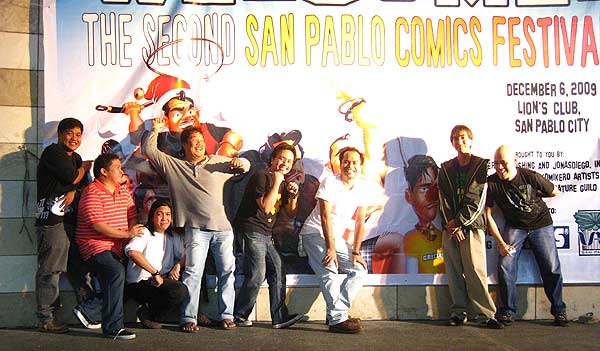 The Komikero Artists Group, recreating the poster. See you all next year!

Posted by Gerry Alanguilan at 5:18 PM No comments: