2014 wasn’t such a nice year for the family. The year started out with much optimism (I always try to be such at the outset of every new year.). Determination to be positive definitely has its limits in the face of unavoidable bad events.

I lost my mom on May 28. It was very devastating for me, specially for my dad who took it quite hard although he tried to hide it. He still struggles with the loss today, as I do. They were married for more than 50 years. Unimaginable losing someone you’ve been with your entire life. I just can’t imagine it.

A month or so later, Typhoon Glenda struck and for the first time in the history of our house, water entered and flooded all the rooms of the ground floor. It destroyed a lot of things including batches of WASTED. I made light of it later on by selling “Glendamaged” Wasteds for a vastly reduced price.

Months later on October 2, my brother also lost his wife Cherry to cancer. It’s hard for me to write about this. I just feel really bad for my brother and of course his son, Robin.

Around the same time, thieves stole a St. Michael statue from our garage that had much sentimental value for my dad. Feeling insecure in our house for the first time and perhaps because of the loss of something that meant a lot to my dad, his health took a beating and was hospitalized for several days. He soon pulled out of it, thankfully enough.

At about the same time, Ilyn and I learned of the loss of a considerable amount of money we had invested in a pension plan of a company that went bankrupt. We’re left with nothing of that investment. It’s just money, of course… but we still needed it to buy food to eat, pay the bills and buy medicine. I’m still trying to find some legal help about this matter. Insurance companies must have something similar to a bank’s deposit insurance. Any lawyers out there who can help out, please do get in touch.

At the end of October I got sick with pneumonia. I thought it was something easy to recover from, very much like a normal flu, but it turns out it wasn’t the case. I was sick with it for a week, but my immune system plummeted as did my hemoglobin. It was horrible. I couldn’t get up from bed. I had to work through inking Axis during this time and it was just punishing. After the work was done, I just collapsed and spent the next month and a half recovering. I didn’t work at all. I only learned later that pneumonia wasn’t a trivial thing. It was something quite serious and if I hadn’t been treated, I could have died. To be honest, there were a couple of moments during that time that I felt I was dying, so much so I had wanted to give Ilyn all my passwords. I missed another deadline for another company and I’m still struggling to do it now.

It’s hard, but I try to focus on some positive things. I still have my job, which I’m thankful for. Nobody else died or got horribly sick, so that’s a good thing too. I was able to release two new things this year, Rodski Patotski: Ang Dalagang Baby (which bagged a place in this year’s Inquirer’s top ten books!) and Crest Hut Butt Shop #4. I also received some news that ELMER may get an Italian translation next year. Ilyn and I had a lot of pretty good and memorable times together, and to me that’s very important. Today Ilyn and I celebrate our 12th Anniversary. 12 amazingly happy years together. She’s the perfect partner anyone could ask for. Incredibly supportive through thick and thin, through sickness and health, literally!

I do look forward to 2015 with much hope. That doesn’t mean I’ll just sit around waiting for good things to happen. I will try very hard to make it happen for me and the family. I really think one must find their own happiness. It’s not always an easy thing to do, but I think it’s worth the effort. 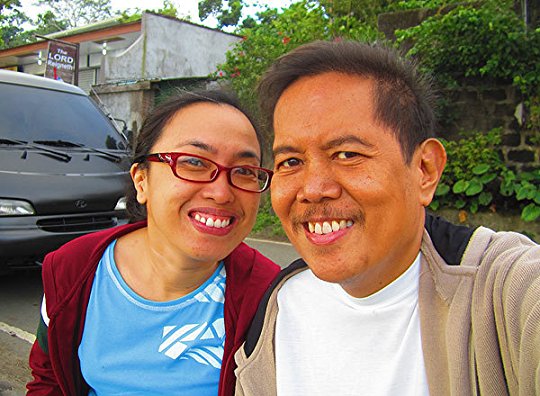 Here’s a short story illustrated by one of the greatest unknown Filipino komiks illustrators, Emil Rodriguez. I will be posting more of Emil’s work in the coming weeks, but I’m posting this one now in time for Christmas. Unfortunately, this particular story came from a bound compilation that doesn’t indicate what publication it came from or when it was published. I’m guessing this came out sometime in the early 1960s. Click for larger images. 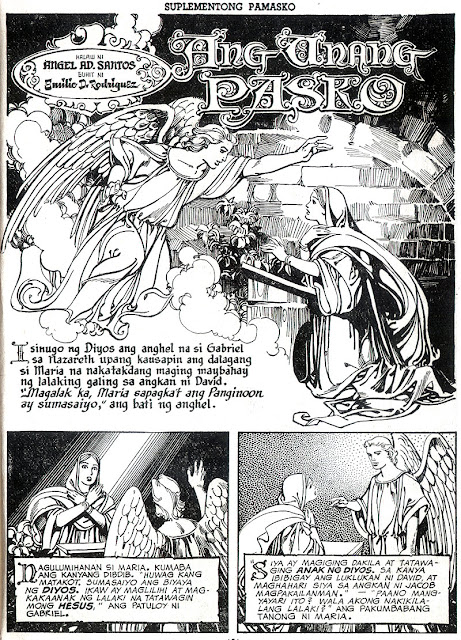 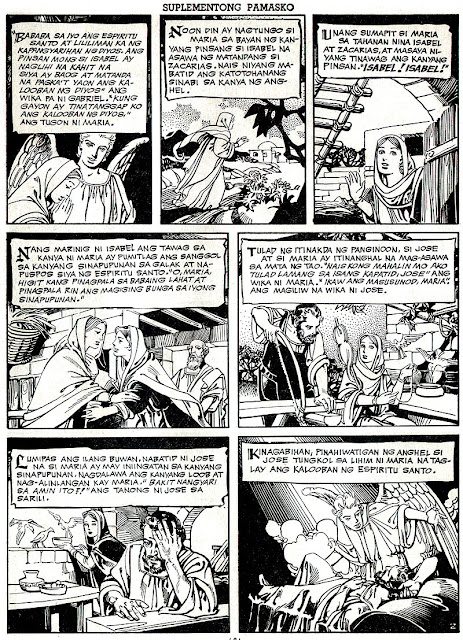 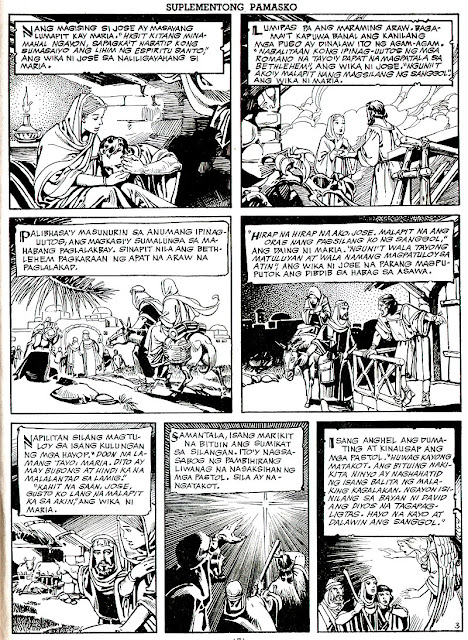 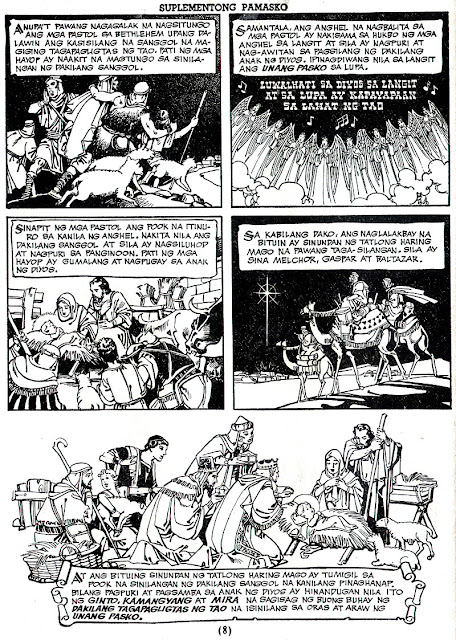 Posted by Gerry Alanguilan at 7:06 PM No comments:

Hard to believe, but a few people are taking issue with the word “Komikero” being used to describe comic book artists. I’d like to talk a little about it.

Back in 2002, I was thinking of buying my own domain name. I didn’t want something like “gerryalanguilan.com” because it’s too long and a little too hard to remember (or spell). I wanted a name that describes me as a comic book guy. Of course, I knew “komikero” meant comedian. But I thought, what the hell. I’ll appropriate the word to mean comic book artist. And so I bought “Komikero.com” and used that as my website. It’s short, concise and easy to remember.

Over the years I noticed other people starting to use the word “komikero” to mean comic book artist. I thought that was awesome. Today it’s pretty much all over the place.

Of course, some people would take issue with it, insisting that “komikero” meant comedian and not comic book artist.

But think about this: What other term is used to mean “comedian”? Don’t they call comedians “comics”? Just look online. Here’s the definition of “comic”:

a comedian, especially a professional one.

“the paper no longer runs his favorite Sunday comic”

I REST MY CASE!
Posted by Gerry Alanguilan at 7:09 PM No comments: