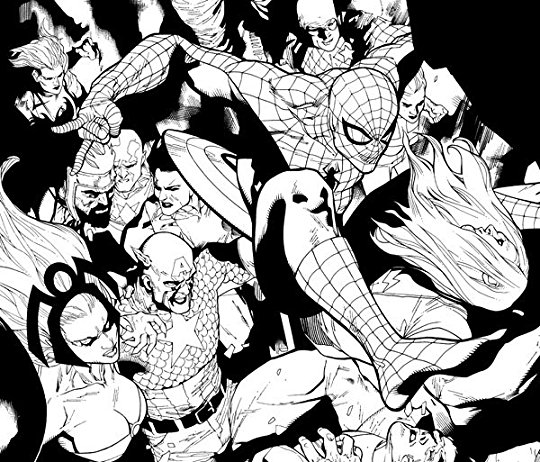 Civil War 2, the sequel to Marvel Comics’ Civil War is basically the main comics project that has preoccupied me for most of the year so far. I’m inking this over my long time partner Leinil Francis Yu. It’s written by Charles Soule and colored by Sunny Gho. I’m currently working on issue #5, the last issue. Inking Civil War has been both challenging and amazing. Challenging for a couple of reasons. One, much of the early issues I worked on under incredible stress because of family and personal emergencies. It had really been an incredible tough first few months of 2015.

The stress, I believe, actually began when my mom died in May last year. I thought I had gotten over it, but I didn’t realize it was really eating me up inside. I knew it because I slowly became physically weak over the next year. My dad got hospitalized in April. I had seen him collapsed on the bathroom floor and I thought he was dead. I can’t even begin to describe how harrowing that was emotionally for me. It really stressed me out further. By around May this year I was down to 62 kilos, which isn’t THAT bad normally, but I looked really sick and thin. Thankfully, my dad got better. I got better. Me and Ilyn forced ourselves to go on an outing just to relieve that incredible stress we were both feeling. I think getting away for a few days at the end of May must have saved my life. Imagine working all throughout that. I’m proud to say that I’ve managed to do it. I’ve managed to balance taking care of family matters as well as work matters. That thought really makes me feel glad.

Ok, what else made working on Civil War 2 challenging? Well, I’ve been inking Leinil close to 18 years now. The first thing of his I worked on were a few pages of Wolverine back in 1997. Over that time I’ve seen his stuff evolve and I needed to evolve with him. One would think that I have it all down pat and I’m just going on automatic when I ink his stuff. But to be honest, I keep pushing myself to do better. I keep challenging myself to do a better job. With Civil War 2 I’ve been really pushing it, working on each panel really hard and spending a lot of time making it all look as good as it can be. Hopefully, it shows. because man, I’m really really trying. 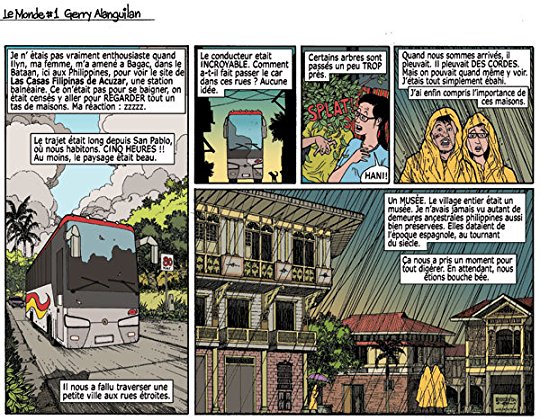 In between pages of Civil War, I worked on a full page full color newspaper strip for Le Monde. I don’t know if Le Monde is the title of the newspaper, or if it’s simply a section of a newspaper. I was commissioned to do it by Serge Ewenczyk of Éditions çà et là, the French publisher of ELMER. It’s supposed to depict a vacation I took here in my home country. I chose to tell the story of the trip I took with Ilyn to Bataan to visit an entire village of old restored Spanish era houses. I was also asked to letter it, which was a challenge in itself because it had to be in French. I don’t know any French except maybe merci or où sont les toilettes. (Thank you! Where is the toilet?) I believe this strip already came out Saturday last week. Serge promised to send me a copy. I can’t wait to see it!

That is of course, only two of the things I’m working on that I can actually talk about. I may be working with another artist for something for Komikon, I may be not. Whatever I finish though, you’ll definitely see it this November at Komikon. 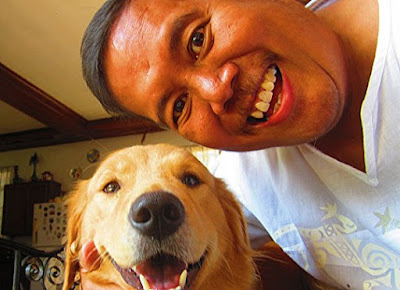 I can’t end this post without an obligatory selfie with Bugel.

Posted by Gerry Alanguilan at 3:17 PM