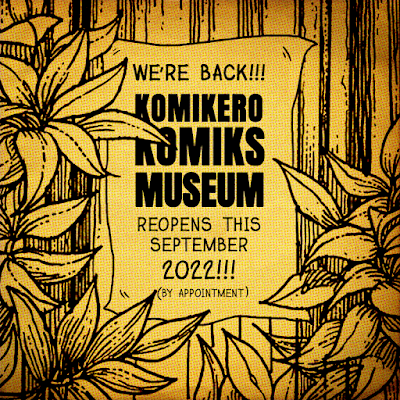 Dyaraaaannn! Hello everyone! It's the same place as before, we just moved to the bigger room. We're at:
29 Marasigan Street, Lakeside Park Subdivision, San Pablo City
If you have questions, please leave a comment or send us a message here. I hope to see you there.
Open Wednesdays through Sundays, beginning September 2022. By appointment, for now.
Posted by Ilyn Florese-Alanguilan at 3:56 PM No comments:

I'm planning to reprint three of Gerry's books: WASTED, ELMER and Where Bold Stars Go To Die, so, I'm asking if you guys could help me out? Spread the word or purchase a page or two, I'd be very grateful.

I just recently updated the site. Not all of Gerry's works are there, but I'm selling almost all of them while keeping some that Gerry wanted to stay with us. I'm also not a collector myself, so I'm just finding a home for them, with people who would take good care of them. If you'd like something that's not in the list, you could email me at ilynflorese@gmail.com. 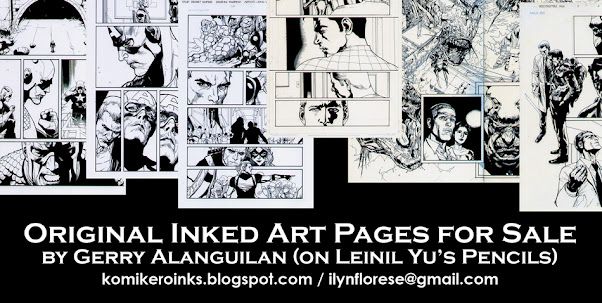 Thanks so much! Please take care everyone, and stay safe.

Posted by Ilyn Florese-Alanguilan at 4:32 PM No comments:

After thinking about it for a year, I made the decision last night. I'm going to publish Gerry's five finished stories that he wasn't able to release. The stories are finished but they're not scripted. It feels so wrong that I'm the only one who knows them when they're amazing stories that people should know about.

Is it the right thing to do? I honestly don't know. Would Gerry like it? He wanted to be in control of his stories, that's for sure. When I do this, he'd probably visit me in my sleep and express his disappointment, so I don't know.  But like I said, it feels wrong that I'm the only one, and a few people for a couple of those, who know them. I want people to know that he had these stories; had he the time and energy to do them, they'd be out a long time ago.

But here's the thing. They're unscripted and I would I need to find a match. If I can't find a match, I won't do it. And rest your worries because I won't do it myself. I'm not delusional. I know my place. Besides. You've seen my writing; it's just atrociously all over the place, and not made for telling stories. I was an excellent sounding board, though, there was that.

When he started questioning his place in the industry just a few years after we got married, and trying whatever, he was very sensitive about it. So, I was tentative all like, "Hani, your gift is in storytelling, both in words and pictures. I hope you can embrace that and give it a chance." It was like walking on eggshells, but I had to say it. I wouldn't let his shine dim just because he didn't realize what he's really got. If only you guys know just how much more that light could shine if he had the time. That's why I want these stories out.

I love how Gerry wrote, and I was very open to him about this. I did verbal reviews of his comics and blog entries to his face. haha! I fell in love with his writing long after we got together, though, because I had never read them until then. It's not really the stories; it's about how he wrote them. He was raw, intense and, as overused as it is, authentic. That certain melancholia to his writing, that's what I connected to. If there's humor, it was never self-deprecating or overcompensating. He never tried to impress or preach. They were just... there. And yeah, it was in his comics that he was most honest.

And that's what I would need to find to have those stories scripted. I have to do research. I realized last night, as I laid down to sleep, that I'd need to read a lot of other people's works to find a match. And another issue altogether to get them to agree. I'd need to fall in love with someone's writing in the same way I did for his a long time ago, and that'd be quite a feat for me. That's for sure.

As for the artists, I would need to find a match as well. I don't know if that's an easier or harder thing to do than finding a writer, but hey. It's Gerry. In the end, this is about Gerry and telling the world of his stories. But like I said above, if I don't find a match, it's cancelled.

This is where I am right now. I just thought I'd share.

Posted by Gerry Alanguilan at 1:30 PM No comments: 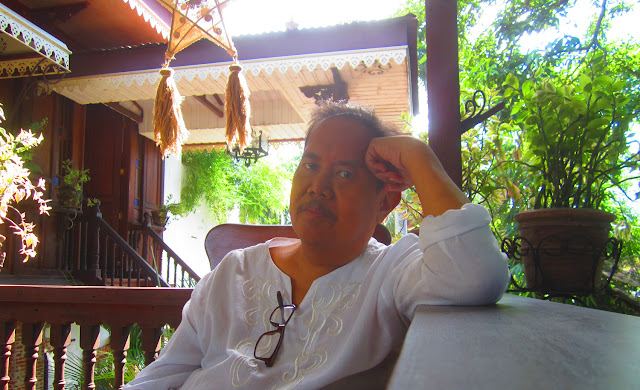 Posted by Gerry Alanguilan at 2:05 AM No comments:

We have a raffle going on at the Komikero Komiks Museum page on Facebook.

Like I said, this is just for fun, and a thank you for following/liking the page.

This is how we do this. Choose an image from the 15 I posted previously. Talk about technique, composition and impact to you personally. I'm not asking for an academic paper, just your thoughts. Leave it as a comment at the post.

Please, no hateful words or phrases. One entry per person. This is limited to those living in the country. I'll take care of shipping. Deadline is on September 22nd, midnight, PH standard time.

By the way, you don't actually have to follow/like the page to join, but that would be nice.

Head on over there for information on the giveaways!

Posted by Gerry Alanguilan at 3:22 PM No comments:

A lot of people have been contacting me about original inked art pages. Yes, I'm selling them. Actually, I'm selling them all bit by bit... except for those that Gerry didn't want to because they have memories attached to them.

It's taking me a while. Things still feel quite heavy, and it's quite difficult to make decisions and act on them even when I already made one. So please, bear with me. Your patience means a lot.

I'm going to update this site, Original Comic Book Art for Sale, slowly this week until Saturday, 29 August 2020. But please note that international shipping is limited. I am using PHLPost's EPS, and as of today, these are the only countries we can send to right now: 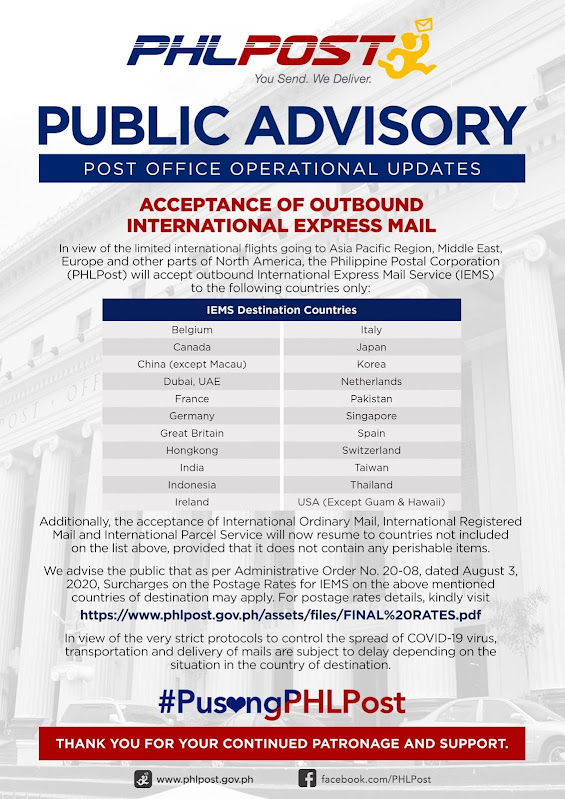 This is true this week. It can change week by week, though, depending on the quarantine situation. So please be reminded of this.

You can browse through the pages on the site what's on offer, or if you have something in mind that's not there, please let me know.

You may email me at ilynflorese@gmail.com.

Posted by Gerry Alanguilan at 1:47 PM No comments:

This is just an announcement that I closed Gerry's Ebay account. Any selling in the future from a 'komikero' or 'gerry alanguilan' Ebay account will certainly not come from me.

-- Ilyn Florese-Alanguilan
Posted by Gerry Alanguilan at 7:15 PM No comments: