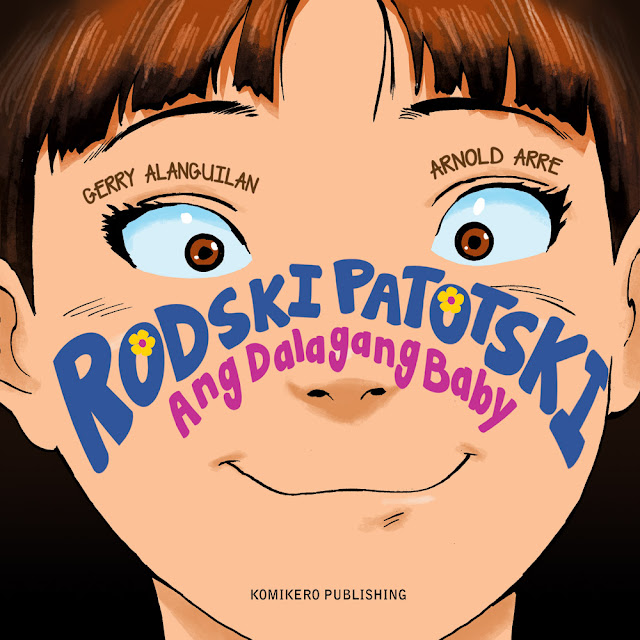 Arnold Arre and I will have a new book coming out at Summer Komikon on April 12, 2014. I wrote and lettered it, and Arnold Arre illustrated and colored it. Arnold’s wife Cynthia Bauzon-Arre provided us with the title design.

Arnold and I will both be at this coming Summer Komikon to launch it and sign copies.

I will be there pretty much the entire day from the opening at 10 am up to 7 in the evening, just to make sure everyone who drops by who would like to get a copy would get a copy. I have no fears of copies running out because we printed a lot. Ok, Komikero Publishing is printing 2000 copies!

I was scratching my head about how to fund this book because everyone knows doing a full color book in print is insanely expensive. Kickstarter isn’t available to project creators based in the Philippines so I thought about just asking online for people who wanted to buy the book before it even came out, as a kind of pre-selling thing. Lots of people did, thank goodness, and we were able to raise something like P20,000 from that. But that is just a small fraction of how much the book cost to print. Even when we added the money made from selling the Wasted Box Sets, it was still a fraction of what we needed. Hair fell off, my BP shot up, but in the end, the book is finally coming out!

Nevertheless, I am thankful for those who bought the book without having it in their hands, without knowing a single thing about it. I am very grateful for that trust and appreciate it very much. I hope I don’t disappoint you guys!

I’m really excited for this book because it’s a rare thing for me to have an all ages book out there. It’s not by far my first because Arnold and I collaborated once before on Lastikman. That wasn’t published by me though, but for me and Komikero Publishing, RODSKI is definitely my first all ages comic book!

People have been asking for previews but I’ve been hesitant to post any because I want the book to be a complete surprise when it comes out. Nobody has an idea of what to expect from this thing. I like it that all my projects are wildly different from the other. Wasted is nothing like Elmer and that is nothing like Bold Star and Rodski is nothing like any of those. People always come with some sort of expectations based on my previous work, that can’t be helped, but still, I hope people get that I don’t do things twice.

But anyway, as a small preview, as in very small, here’s a video ad created by blossoming animator and filmmaker Arnold Arre (who also happened to draw this book!):

All right, then! See you guys at Summer Komikon at the Bayanihan Center in Pasig on Saturday, April 12, 2014!!


How to get to get there!