Today I'm completely free of pneumonia although my doctor has insisted I take a break for two weeks before going back to work. The last thing I worked on was Monsters Unleashed #3 where I was supposed to ink 30 pages for. I ended up inking 25 pages before I was struck sick. I was in the middle of inking this really incredible two page spread when I had to stop working. I'll include a bit of that spread here, I think that should be all right. It's Fin Fang Foom after all and he's awesome: 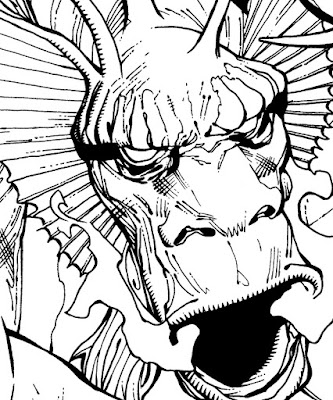 That spread sat on my table for a month or so before I went back and tried to finish it. By this time they were already looking for other inkers to finish the book. Understandable because the book does have to come out. But I did ask if I could try and finish the spread because I love working on it and I really want to leave my mark on it. It was so hard. I would work an hour and stop because I'd get so tired. Eventually after two days I was able to finish it. The next day my doctor told me to stop working and rest. I really want to thank Leinil and Marvel for allowing me to finish this spread.

By this time I developed some kind of rash on my back which turned out to be shingles. SHINGLES. The fun just fucking never stops. It's an annoyance more than anything else, but it's still a pain.  I was able to get through pneumonia only to get shingles immediately afterwards. I had chickenpox when I was in high school and because my immune system got so weak after my pneumonia, it reactivated into shingles. Ugh.

So now I'm on a bit of a break. Which I really, really need. After I'm OK I'll just concentrate on work and not much else. I'd have to sacrifice a lot of other things. That said, I won't be able to go to Komiket this February as I had planned. Kevin hasn't finished the book we're working on yet so that's one thing we're waiting for.


Posted by Gerry Alanguilan at 1:02 PM