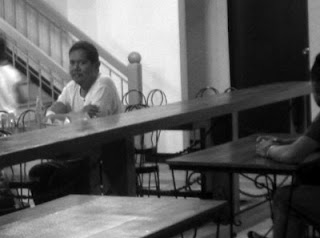 In spite of that, I still very much enjoy inking. It is the job of the inker to disappear anyway, and help the penciller reach the full potential of his or her work. I like to think I do that for Leinil and I hope to continue to do so in the future.
Posted by Gerry Alanguilan at 7:49 PM