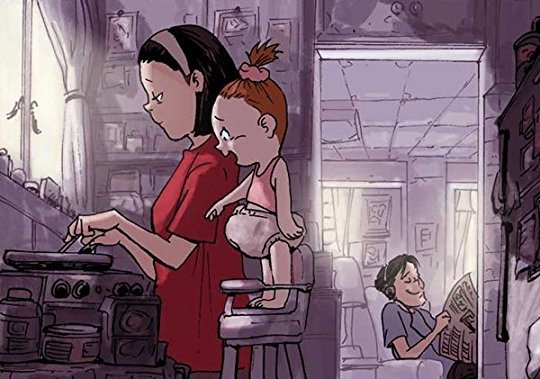 Whenever I attend a local comic book convention like KOMIKON, I feel so excited because I see so many young (and maybe not so young) people creating their own comics, using their own characters. The amazing variety of creativity is sometimes just breathtaking. Me and a bunch of guys back in the early 90s who began creating our own comics have no idea that this thing will be much much bigger today, 20 years later.

In this time, I’ve created lots of different characters like Eric from Wasted, Johnny Balbona, Humanis Rex, Timawa, the Elmer Gallo family, and Rodski Patotski. I plan on creating so much more.

Of course, there is the option to create new stories for classic characters, and I have done so previously with Lastikman and the little Darna story that Arnold Arre and I created. Working on Mars Ravelo’s characters was so much fun and also thrilling knowing that you are working on such iconic characters with so much history.

A lot of people hope that Arnold and I continue the work we did on Darna Lives! We actually have the option to do it if we wanted to. But I want to say right here that I was the one who decided that I didn’t want to. What Arnold and I did was simply to show the potential of what can be done with a Darna story. Hopefully, it would give future Darna writers ideas on how to do things differently, how to perceive and develop the character from a different and fresh perspective.

I wanted to create my own characters. I wanted to create my own Darna. When I work on characters by other people, I ensure the future of not only that character, but that character’s copyright owners. I get a one time paycheck and that’s it. Nothing more. I want to ensure MY future by creating characters that would act as my legacy, that would hopefully be something I can benefit from in the future. Characters I create become a personal creative investment. If a movie of ELMER or any of my works would be made in the future, it would be me who would benefit from it. If one day I can no longer work, they would be taking care of me. At least, that’s the plan.

I admit I do still continue to work on other people’s characters at Marvel and DC. That of course, is what I would consider my day job. I love doing it so it’s more than simply a day job, but with the money I earn from it, and the free time I have outside of it, I would create my own characters and comics.
Posted by Gerry Alanguilan at 7:38 PM